Hello everyone and welcome back to another chapter of Teja’s Travography. In this travel guide we are going to take you through to some of the Treks In Manali.

It is easy to find the travel guides to Manali, But usually they cover a handful of destinations and will not give you overview of the place if your are a trekking enthusiast, Worry not as we are here to take care of that. So below we have listed the 0 Best Trekking Places to Explore In & Around Manali.

One of the  most scenic treks in manali is the Jogini waterfalls. Located just 7.7 Km’s from the Manali bus stand, This trek can be enjoyed by elderly people as well. As the name suggests the place is related to the sacred jogini mata temple which is at the base of the the trek and also has a natural pool at the base where the visitors can take a dip. The scenic views will keep you enthralled during the trek and you can reach the top in quick time.

Jogini Waterfalls Trek difficulty–  The trek is fairly easy and a small one and as mentioned above and even the elderly can attempt it.
Trek duration– The trek can be completed within hours depending on the speed of the climber.
Best time to visit– You can visit the place any time except for the monsoon as the rain brings with it a heavy volume of water and landslides, Winter can be harsh as well.

Trek difficulty- This trek too is fairly easy and can be completed pretty quickly.
Sissu waterfall Trek duration: Considered as one of the short treks in manali and the distance is 2-3 km’s.
Best time time to visit- like many treks in Himachal this too should be avoided during monsoon and winters.

Kheerganga is one of the famous treks in himachal. It can be found in every trekker’s to do list. The trek is a relatively big one compared to the previous 2 that we have mentioned as it is 24 km’s long and will require a whole day.

The trek begins from Kasol village and barsahini is the base camp. This trek is also very picturesque with its water falls, pine trees and the snow capped mountains make up for a scenic viewing as you keep moving towards the destination. There are many different route that you can take from the base camp which local guides will take you through.

Kheerganga difficulty– The trek is a moderate one and you will need to pick up your pace for this one to save time.
Trek distance– The trek is 24 km’s long so should have all the necessary things available with you.

Beas is a famous river in Himachal which flows through many picturesque locations in the state, Including Manali.

The beas kund trek is one such picturesque destination which attracts a lot of wanderers to this location.

Situated at 12140 ft above sea level in kullu valley, This trek begins from dhundi which is a small village around 21 km’s away from manali. You will be mesmerized by the sheer volume of different plants and as well as the glacial views during the trek which will give keep you motivated to move forward.

Trek difficulty– The trek is moderately difficult, So if you are a beginner then this will be a good learning curve and will be very satisfactory.

Best time to visit– The best time to visit this site is around the month of May and the following month of summer in north of India. The mosoon season is not recommended as there are many issues that make the trek hazardous so better avoid it at that time.

Beas Kund Trek distance- The trek is around 16 km’s long.

Hampta pass is a corridor between the Chandra valley in Lahaul and kullu valley.

The pass is named after Hampta village. Often called the valley of flowers, This place is not very well known outside Himachal and that is why we have mentioned it here. This valley will take you on an adventurous ride and you will be fascinated by the landscapes and the snow capped mountains at the top.

Hampta Trek difficulty– This trek is moderate for the regular climbers but will be tough for the beginners. Situated at high altitude  the people with heart problem should avoid this one.

Trek distance– The trek is 25 km long and you will need around 5-6 days to complete this one as you will have to complete it in phases.

The bhrigu lake trek lies 20 km’s away from manali and can be accessed from gulaba. The lake is famous for its significance in the mythology. It is said that the mahrishi bhrigu sat here for deep meditation. Situated at 14000 above sea level this one will be challenge given the high altitude.

Trek difficulty- This trek too is a moderate one but the beginners might it to be difficult due to the high altitude.

Bhrigu Lake Trek duration– You will need around 3-4 days to complete the trek at this place as it is has a steep ascent.

Trek distance– The distance you will cover during the 3 days would be around 15 to 16 km’s and you will be covering an average of 5-6 km’s a day.

Check Out : Offbeat Places to Explore in Jammu & Kashmir

Bijli Mahadev temple is one of the most sacred temples in Himachal and also one of the most ancient. Situated at an altitude of 2460m high altitude it sits in the heart of Himachal. The place is located 14 km’s away from kullu and across the beas river.

Trek difficulty– This trek is an easy one and can be attempted by anyone who wishes to get the sight of the temple.
Trek duration– The trek can be completed within a few hours depending upon the speed of the climber
Trek distance– The trek distance is a mere 3 km’s.
Best time to visit– During may and June.

Another one of himachal’s temple which is considered sacred is the Anjani mahadev temple. This temple is located in the solang valley. The temple is named after Anjani the mother of lord hanuman and it is said that she was conceived here. Often called the amarnath of Kullu, This place also forms a natural shivling during the winters which grows as tall as 30 feet.

Trek difficulty– The trek here is very easy and you can complete it in around 1 or 2 hours. There is a large gathering of devotees here in the winter season which is a indicator of the easy trek.
Trek distance– The trek distance is around 3 km’s. It is one among the small treks in manali.
Best time to visit– You can visit any time but winter season is recommended as the shivling is formed around that time and you can experience the large gatherings.

The chanderkhani pass is present in the kullu district and is a great destination for the trekking beginners. The pass is a bridge between Kullu and Parvati valley and is a easy climb.

The valleys here are wide and the landscapes are covered with snow which makes up for a beautiful view. The panorama view of Kullu is a sight to behold and something that will remain with you for a long time. The trek begins from the Kasol village and is and is at an altitude of 3650 metres. The base camp is chiklani.

Trek Difficulty- The trek is relatively easy but the descent is very low so you need to be physically fit.

Trek duration- You will need at-least 3 to 4 days to complete this which includes reaching to kasol and then to the base point.

Dev tibba is the culmination of two words dev(gods) and Tibba(hill, Meaning a place where the gods sit. At 6001 meters this trek is one of the moderate and difficult ones’s even for the experienced climbers. The trek as all the other treks in himachal is full of natural beauty and you will find the peak to be snowcapped. The beginners should not attempt this as it is quite high in altitude and you will have to cover a lot of distance. The base camp itself is quite high at over 4000 metres.

Trek difficulty– As mentioned above the trek is not recommended for beginners and is moderate to difficult depending upon the experience of high altitude climbing.

Trek duration– The trek will take around one week as you will have to take multiple stops at different camps as you go higher into the climb.

Trek distance– You will have to cover around 30 km’s of distance during this trek, and average of 4-5 km of trek will be done on each day.

So these were the few Best treks in manali that you must try while in Manali or around it. You can prepare for these trips based on the difficulty levels and all these places can be reached via transport from Manali.

So do give them a go the next time you are visiting the place or you can make a separate trip as these places themselves hold a lot of significance. And for the trekking enthusiasts we need not say more, So see you in the next blog, Featuring another place and another destinations. 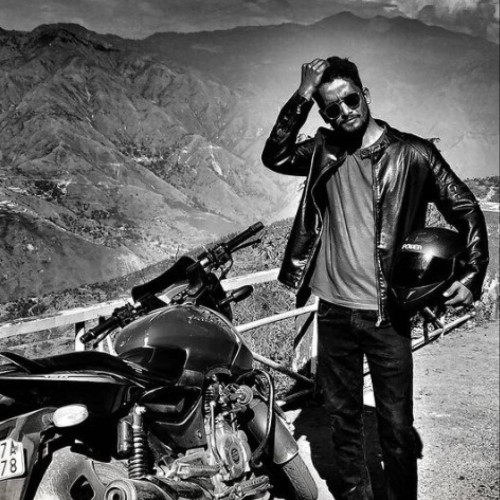 Explore Most Famous Forts of Maharashtra For Adventurous Weekends

Hi everyone and welcome to another edition of the tales of backpacker. In this...

When it comes to choosing the perfect travel backpack, there are a lot of...

Budget Friendly Destinations in India for Students: We all love to travel, at least...

Lonavala Travel Guide: Lonavala often referred to as the 'Emerald of the Western Ghats’...

Guide To Research a Travel Destination Before Visiting

Research a Travel Destination: There are a lot of decisions to make when planning...

5 Most Essential Tips to Know While Traveling Alone

Are you thinking of traveling alone but don't know where to start? Don't worry;...

Welcome to TalesofBackPacker. A destination to all explorers out there.

Make this choice and from now on, you will forever be a part of every adventure!